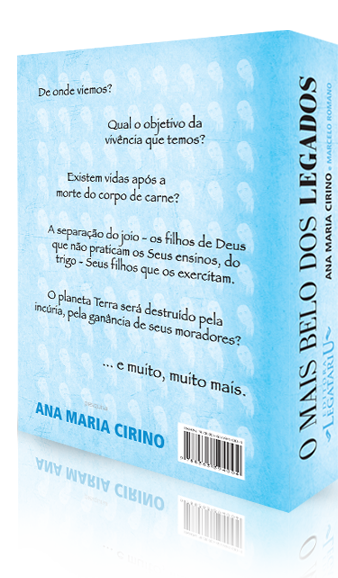 Preaching about God and His teachings to innumerable siblings

– Intermediatingvarious cures when he returned to Capernaum; – Jude Thaddeus;

– Again with Zechariah’s only son;

– Peter, the apostle, shows his love;

– Freeing one possessed by an evil force and helping the ones our Father sent in the recovery of a maimed one’s health at the purification tank;

– The passage about obedience;

– Again with Levi,who then became Matthew;

– About the days that would come;

– God’s teachings going up against interests;

– The passage about the chaff and the wheat;

– Joseph and Jeremiah, our Father’s little ones;

– The insurgent who did not agree to follow him slaps him;

– About the man of Galilee;

– The orientation to the collaborators who accepted his calling to help him spread God’s teachings to those on this planet;

– Announcing that he would be delivered up to death;

– Peter answers as to whom everyone considered the one promised by the prophets to be;

– The multitude that was convoying him is largely fed;

– The passage about the imprudent administrator;

– One of the leaders of the Pharisees of Jerusalem listening to him;

– The passage about the insensible man;

– The awakening of a rebel;

– One of those who proclaimed to follow him, as if it were ordinary, with the most important foreigner of the Temple of Jerusalem;

– The cure of two men who dwelled in a sepulcher;

– Jonah, the one who had his ulcers immediately removed;

– The worrisome news for those who assisted him;

– The murder of Abigail, the first one to be assembled;

– Encouraging those who wanted God’s teachings and not what is truthful to humans;manifesting himself to a Scribe and encouraging us to try out his burden and yoke;

– The notes preserved in the agglomerate of the leprous;

– The passage about fasting;

– The passage about the sower;

– The subjugators looking for him with mismatched pieces of information;

– For the second time, a group of starving people is fed;

– The passage about the stray sheep;

– Confirming that he is the one promised to all the peoples of this planet, not only the Hebrews.